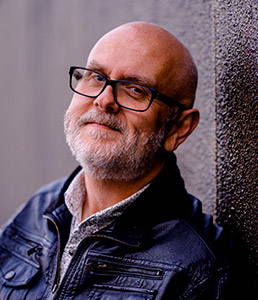 Robert Chafe is a writer, educator, actor and arts administrator based in St. John’s, Ktaqmkuk (Newfoundland). He has worked in theatre, dance, opera, radio, fiction and film. His stage plays have been seen in Canada, the United Kingdom, Australia and in the United States, and include Oil and Water, Tempting Providence, Afterimage, Under Wraps, Between Breaths, Everybody Just C@lm the F#ck Down, and The Colony of Unrequited Dreams (adapted from the novel by Wayne Johnston.) He has been shortlisted three times for the Governor General’s Literary Award for Drama and he won the award for Afterimage in 2010. He has been guest instructor at Memorial University, Sir Wilfred Grenfell College, and The National Theatre School of Canada. In 2018 he was awarded an honorary doctorate from Memorial University. He is the playwright and Artistic Director of Artistic Fraud. 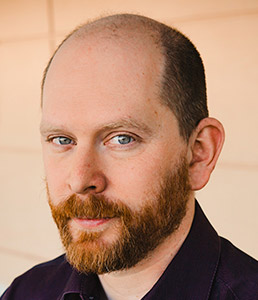 Patrick is an theatre artist and producer based in St. John’s, NL. He joined Artistic Fraud in 2012 and has helped to expand the company’s touring network. As a community builder, Patrick also helped establish the St. John’s Short Play Festival and the Association of Professional Theatre of NL. As an actor, Patrick has worked with theatres in Newfoundland and Ontario and is co-artistic director of Double Sure Theatre in St. John’s. 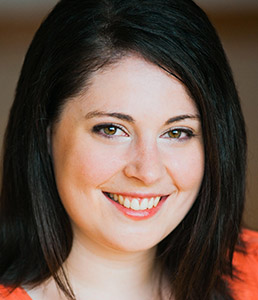 Crystal Laffoley is a professional Stage Manager, Production Manager, and Arts Administrator originally from New Brunswick. She is a graduate of St. Thomas University (BA, Hons.) and the National Theatre School of Canada (Production Design & Technical Arts), and she regularly returns to NTS as a production coach. Her work has taken her across Eastern Canada, working on stages indoors and out, on touring productions, classical texts, new works, puppet shows, musicals, dance pieces, sketch comedy, contemporary plays, and multimedia projects. Crystal is also a co-founder of Mindless Theatrics, a process/creation-focused theatre company in St. John’s, and is a member of the Association of Professional Theatre of Newfoundland and Labrador. 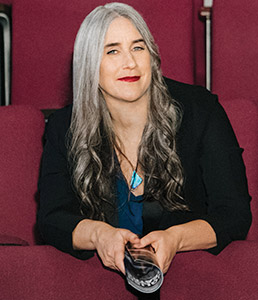 Jillian Keiley is an award-winning director from St. John’s, Newfoundland and founding Artistic Director of Artistic Fraud of Newfoundland. Jillian has directed and taught across Canada and internationally. She received her BFA in Theatre from York University and was awarded Honorary Doctorates of Letters from both Memorial University and York University. She was the winner of the Siminovitch Prize for Directing in 2004 and the Canada Council’s John Hirsch Prize in 1997. Highlights from Artistic Fraud include: In Your Dreams Freud, Under Wraps, AfterImage, The Cheat, The Chekhov Variations, and Salvage Story of a House. Jillian assumed her role as NAC English Theatre Artistic Director in August 2012, and her productions at the NAC have included Between Breaths (Artistic Fraud), The Colony of Unrequited Dreams (Artistic Fraud,) A Christmas Carol, Twelfth Night, Metamorphoses: Based on the Myths of Ovid, Tartuffe and Oil and Water (Artistic Fraud). She also directed Bakkhai, The Diary of Anne Frank and As You Like It for the Stratford Festival, as well as The Neverending Story and Alice Through the Looking-Glass, both produced as collaborations between the Stratford Festival and the NAC. Tempting Providence, her collaboration with Robert Chafe for Theatre Newfoundland Labrador, toured internationally for 12 years and will be the inaugural production at the launch of the Nurse Myra Bennett Theatre in Cow Head, Newfoundland.