In October 2013, Scott Jones was leaving a bar in New Glasgow Nova Scotia when he was attacked, stabbed in the back, and left paralyzed from the waist down. In the months following, his story garnered international attention, not only for its brutality, but also for Scott’s uncommonly early decision to forgive his attacker.

I Forgive You marries Scott’s own words with a live children’s choir performing the music of legendary Icelandic band Sigur Rós, to tell a story of trauma, recovery, and the complicated path of forgiveness.

I Forgive You is being developed with the assistance of the National Arts Centre’s National Creation Fund, Nordic Bridges, and Canadian Stage. 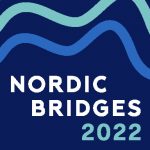 Please be advised that this production comes with the following trigger warnings:

Please also note that there will be special effect haze used in this production.

Although children are involved in this production, they have been specifically counselled and Artistic Fraud has worked with them and their parents to absorb the content of the show.
The production is not for young audiences.